Plant & Pivot: The Myth of Balance 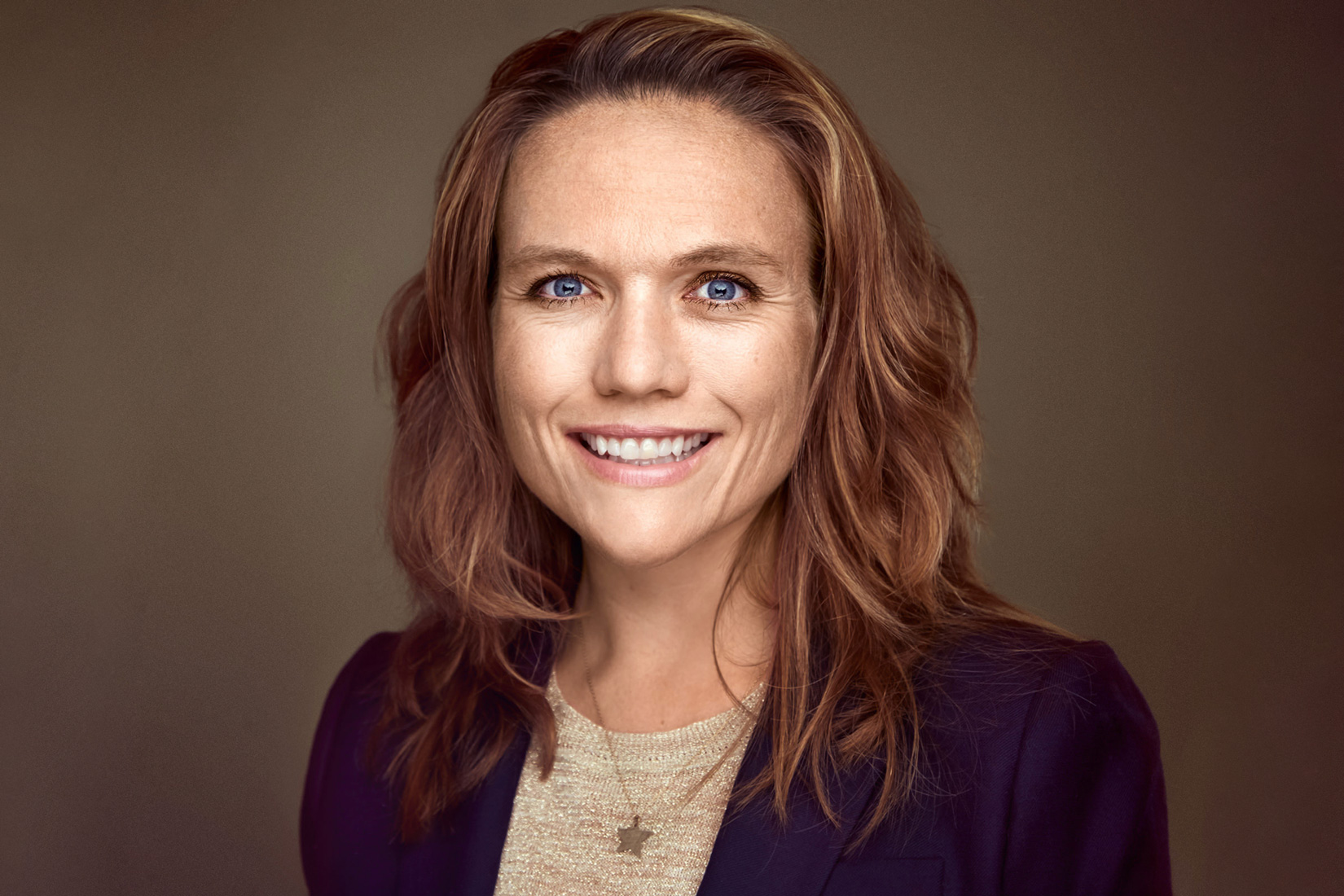 In an unintentional but on-the-nose turn of events, I initially wrote this piece last fall to put into words a long held belief. And then election season heated up and butting into the conversation with anything unrelated - to that or the horrifically mounting death toll - felt wrong. So picked up the proverbial pen again in January to refresh it while The Key was in a bit of a New Year lull (that I explained to our accounting partner as the universe knowing we were tiiiiired), but the initial shock of the insurrection was behind us. I’d say I wasn’t just foot-planted at that point, but laid flat out. Heavy like a sand bag. Inert after the drain of adrenaline.

I had already decided I’d count the inauguration as the New Year. Then the bright colors and hopeful words and visible love and respect and bold, powerful women heralded a new start. I wept and the energy returned.

And with it a flood of activity and demand for what we are up to, even as we work on our own selves as a team. So now it’s March and I have pivoted back to thinking about this theory as The Key prepares for our collective Spring Break. Our first three teammates will take off on Monday to rest. For two weeks. Because even with nowhere to go, feeling like the company is in full sprint, we each need the break.

We agree to Play a Team Sport, and the ability to fully pass the ball from one to another is essential to preserving the energy and engagement that allows us to show up as we want to - for clients and each other.

Buckle up, it’s a long one.

In 2020, much was written about the flood of women leaving the workplace since COVID struck - with senior women, black women and working mothers being the most impacted. We kicked off this year learning that while women lost 156,000 jobs, men gained 16,000 in the same period, with the impact again disproportionately borne by the most vulnerable among us.

Those who remain in the workforce are frazzled at best, more often, truly struggling.

The strain we’re under highlights a long-held theory of mine, and as we look at another long stretch of impossible, I thought I’d share in case it helps even one person to better weather even one day.

Fuck trying to achieve balance. Throw the whole concept out the window. It’s a fallacy.

When I’m generous, I think it’s something we strive for because women can do anything and everything, but I actually think the work/life balance goal is more nefarious than that. The Do it All myth is dangerous, a construct that makes working women try to build days that allow for great work, perfect parenting, self-care, attentive partnering, social engagement, caring daughtering...and don’t forget working out and looking put together.

If everything goes ‘right,’ it is like a miraculous tower of blocks, and we’re celebrated, with “I don’t know how you do it all!”

The gold stars many of us were raised to treasure is received, but so is envy or another distancing feeling that keeps too many women from bonding in groups that have sustained us for centuries. Instead, we rely on a monthly book club or an online community for support. Because, “balance.” And meanwhile, we watch (and often resent) the men in our lives whose boundaries are firm enough to allow them to do such wild things as shower without interruption. Among others.

So throw it out.

If you close your eyes, the image of perfect balance is a tightrope walker, or a yogi with every muscle flexed and visible. Impressive, both, but precarious and exhausting. Forget what happens if either needs to deal with the unplanned.

Balance is impressive and required in moments, but it steals power. It’s a lesson from my long goalkeeping career. In goal, being able to react is your number one job. One of the reasons I loved it, is because in a good game I couldn’t hold a single thought beyond what was happening on the field; the intensity was all-encompassing.

Goalkeepers are trained to always be slightly off-balance...weight forward on your toes; quick, constant movement between feet, because the heroic dives and leaps come from having a solid plant foot. Always. It can’t be both.

Balance is your enemy.

You have to choose (in a split second and without hesitation) where you’re needed, bear down into the earth, and react with speed and power. If you’re left flat-footed, in perfect balance, you’re stuck. If you’re poised, shuffling your feet, and crouched as you read the field to prepare for action, the ability to quickly pivot is often the difference between a win or loss.

I’ve thrown my theory of maintaining a pivot foot into the world a few times, generally in tweet length or as an aside. It seems to land.

But in 2020, I’ve decided it’s time to share the only thing that’s keeping me (sometimes barely) sane. The idea of allowing yourself to be fully committed to whatever you’re doing, even in short sprints, even if it means you drop the proverbial balls you’re juggling.

It also helps explain why the pain of this year is so profound, even for the luckiest among us who’ve stayed healthy, kept jobs, and have kids and partners doing relatively okay. With all our roles mashed into one place, we have no boundaries, and the timeline seems endless in our inability to remember the beforetime or really comprehend what it’ll look like when we re-emerge. So it hits in two spots.

First, the moments that normally allow us to step off the tightrope for a second - from a cup of coffee after dropping off the kids to a planned vacation - aren’t available to us. So too many of us are stretched out and taut trying to maintain the act, to no one’s benefit.

Also, remember, the balancing act requires no surprises. This year requires us to be constantly reactive, whether to a kid’s need for a glass of water/help with Zoom/a snack/redirection; to major work drama or crisis; or to the latest bad news hitting our feeds. Where do we make space for the existential dread brought on by a global pandemic, persistent racial violence, and threats to our democracy? Not to mention the normal curve balls life tends to throw…

It feels terrible to have one eye on a meeting, with a shushing finger raised to a kid whose needs are both real and constant, while we watch the day slip by along with hopes of some time for a new exercise routine or a quick moment of calm. The added weight of self-flagellation shaped as shoulds is too much to bear.

Imagine the juggler atop a ball, spinning and struggling and keeping everything aloft...only to look ridiculous, if impressive, for a moment’s entertainment.

Allow yourself to stop the balancing act and let some balls drop. You’ll know in your gut - and it may take a minute to hear her - which ones are okay. They’ll be different for every person - and different from day-to-day in many cases.

Now picture Serena Williams, Megan Rapinoe or your favorite athlete. Maybe the first image you called up was muscles-coiled before a powerful serve or a lightning-fast sprint. Or maybe it was the loose-jointed swag with which they each carry themselves. While training to be the best, winning matches, building businesses, writing books, fighting for justice, parenting (for Serena), partnering....they are masters at the plant and pivot. On the court or pitch, but also among the various roles. Rest is serious and managed, because it’s essential for peak performance.

Yes, they each have major teams for each endeavor - trainers and publicists and stylists and such.  But I can also guarantee you that when winning a Grand Slam, Serena’s not thinking for a second about a ‘should.’

And when a kid is losing their mind, looking fully away from work to engage and help is the only way the tantrum ends. When a client is in crisis, put the kids in front of Netflix, and don’t think again about screen time. And when the news overwhelms you, walk or cry or call someone from your inner circle. When we “gut out” the discomfort of forcing our bodies to balance against its needs, we do actual harm. And can’t do a good job of any of the many things we’re trying to do.

This year is extreme. It’s pushing us all to our edges. But it also highlights a lot of what is always true.

The myth of doing it all is dangerous. Especially to women.

Having to fake balance among too many things burns us out, and too often keeps us from the deep community connections women require to be full and fully in our power.

Each role we fill deserves our actual, whole self. So plant that foot. Let the grounding energize you, and then sit on the floor and play with your kid and be 100% there, even if for 10 minutes. Give in to the tears that well when the numbers of COVID deaths break through your brain and find your heart, and let the sobs come. Put on headphones and get work done with as much focus as it requires - even if it’s in 15 minute chunks or requires another ball to drop.

Plant that foot and feel your strength. The pivot is what is required of us, and balance is a myth. 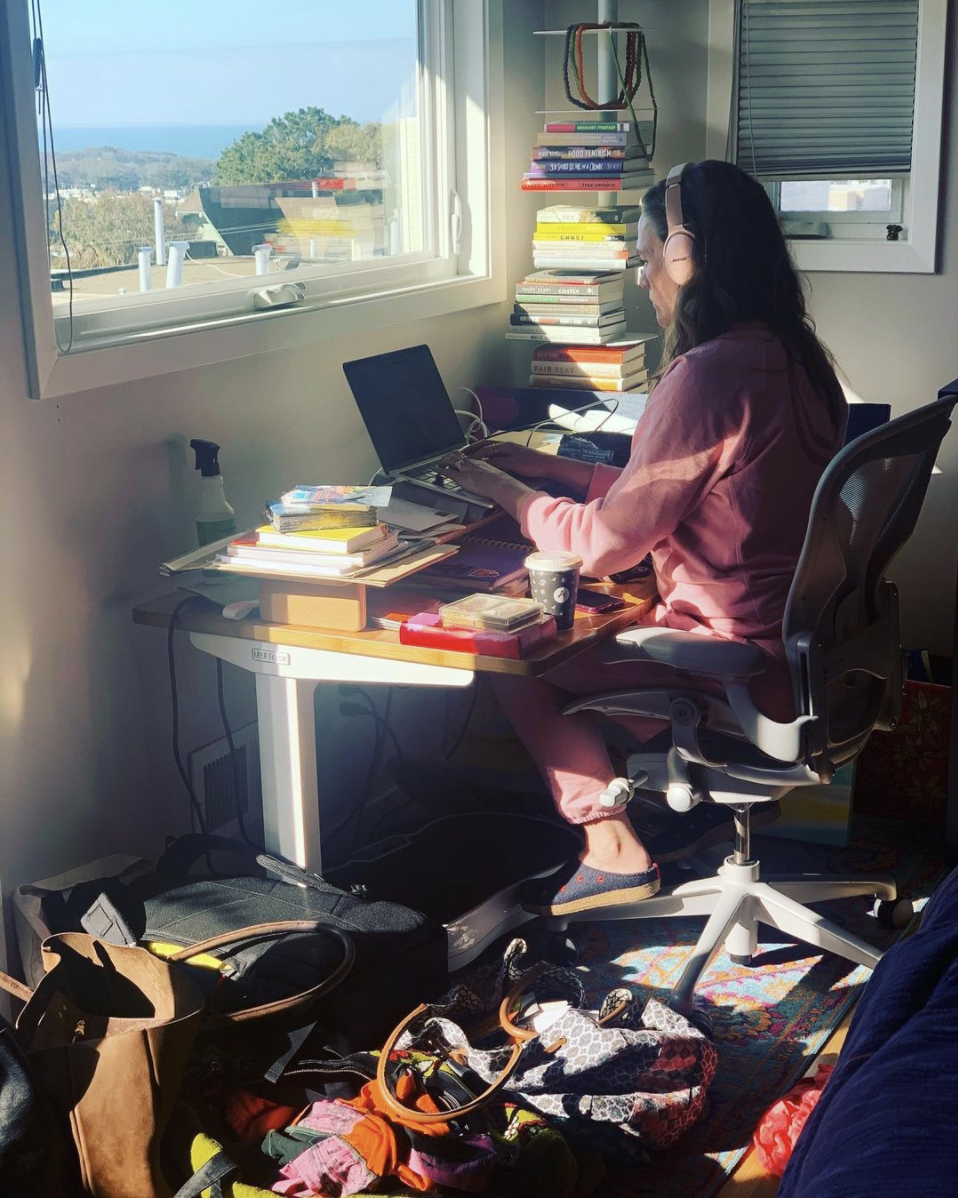 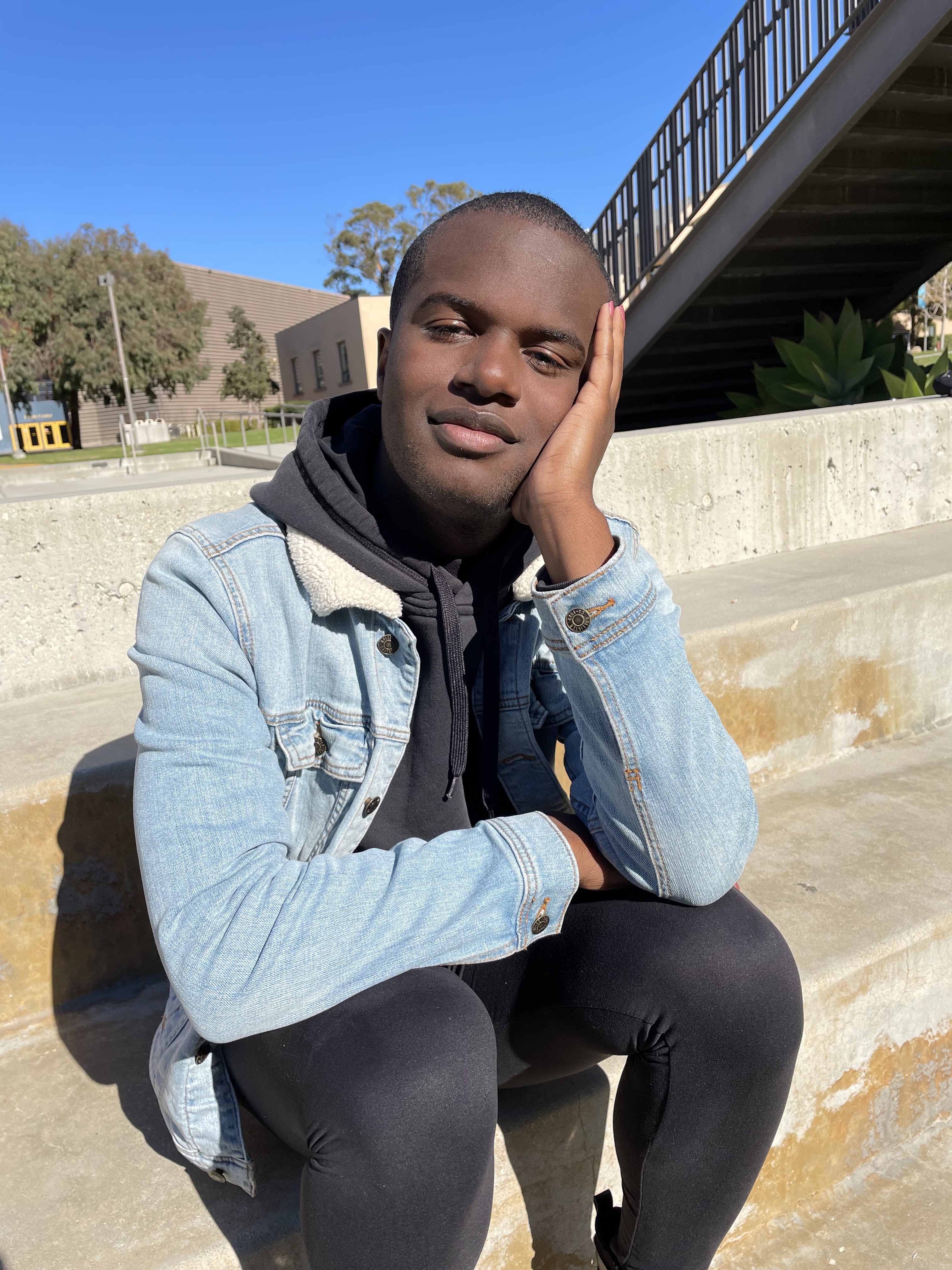 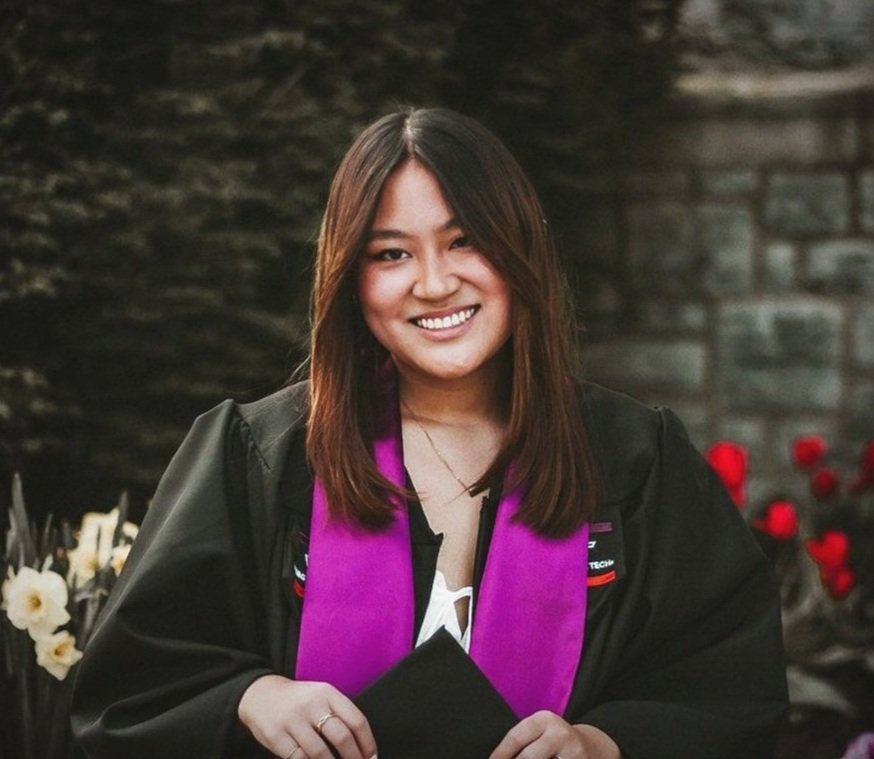 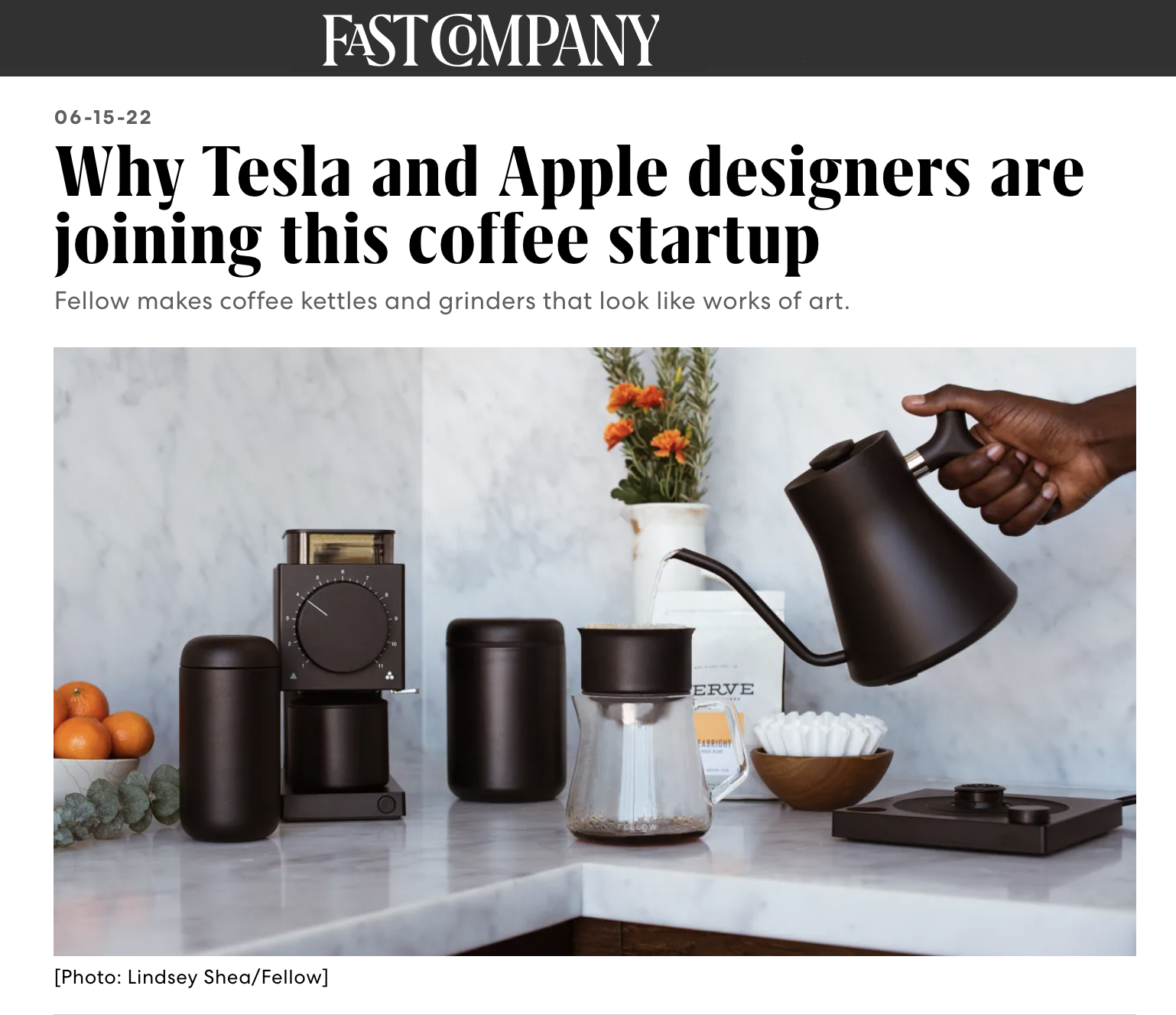 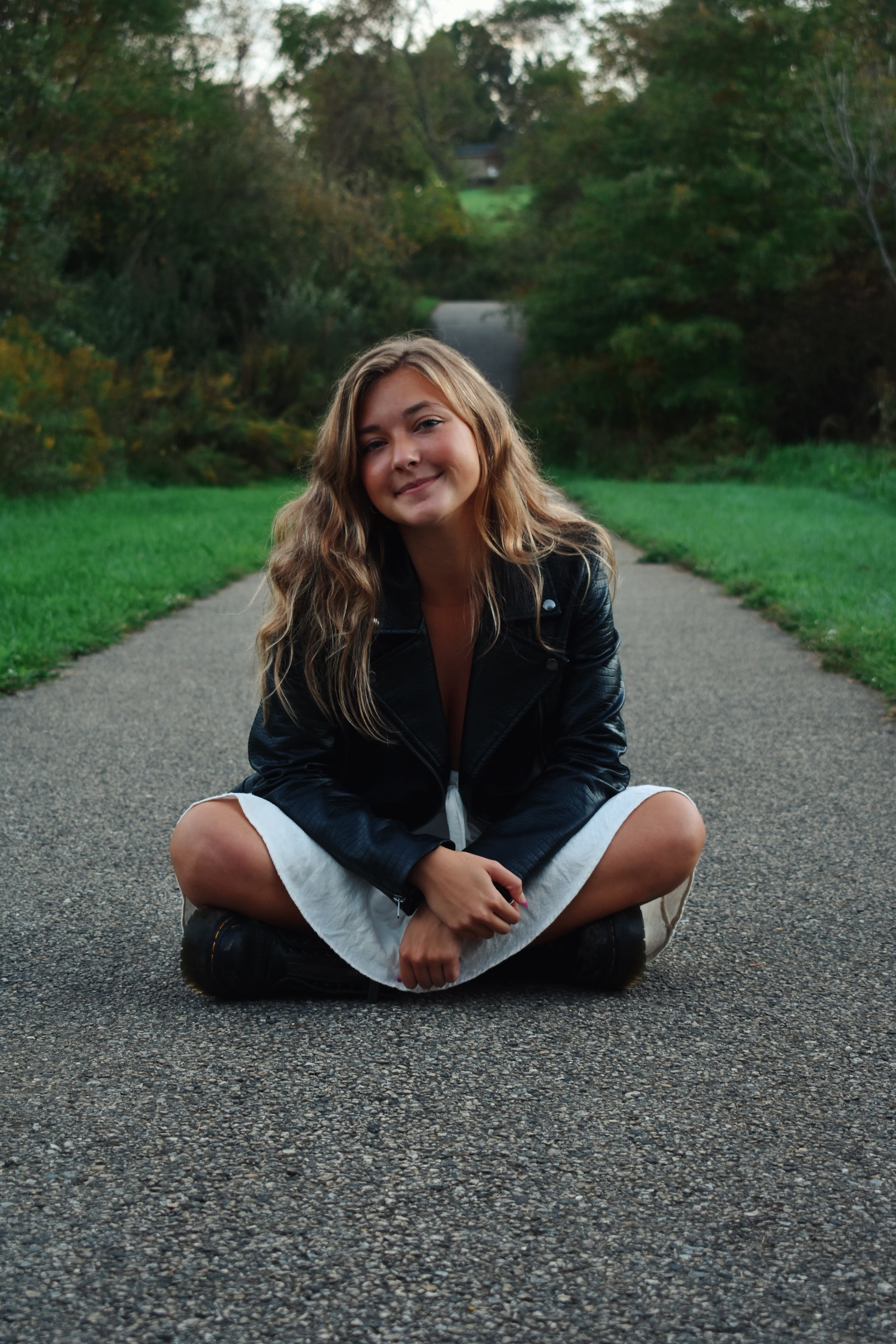 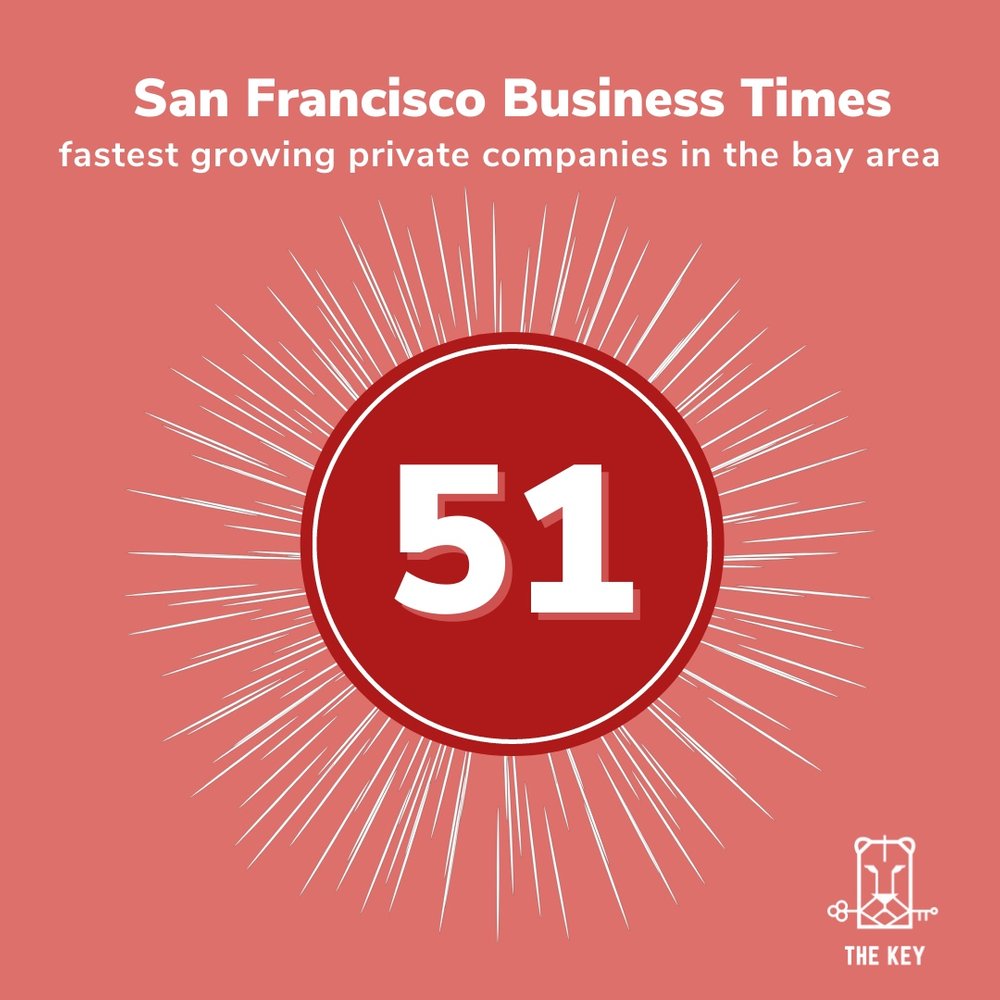